Tech Help - What cases are better for noise reduction/low noise?

We have a massive catalogue of chassis so can’t recommend individual ones in a single article, however the noise level is actually based on the size of the case. I’ll go into more detail;

1U Chassis
These are the noisiest – They tend to be installed in rack-dense environments in datacentres where noise levels are not an issue. They are noisy as a 1U chassis is very tight inside – there’s only 40mm of height inside a 1U case. This means all the fans must be either 40mm or high-power “blower” style fans. The fans are noisy as they run at a typical 9000 RPM, sometimes must higher depending on the model. This is because they need to push a lot of air to sufficiently cool the system. You can swap fans in a 1U chassis for quieter models and brands such as Noctua offer this, but be careful, as they will not push anywhere near the amount of air (CFM) required so the system temperatures will run much higher.

2U Chassis
We start getting quieter with 2U chassis. They are double the height of a 1U chassis and as a result can use much slower 80mm fans. The CPU fan can also be much larger and run much slower. A 1U chassis fan runs at around 9000 RPM, but the average for an 80mm fan is 2500 RPM, as an example. Because of the much larger internal space more fans can also be used – So noise levels can be quite low on a 2U chassis. Again, 2U is usually used in a rack dense environment, such a datacentre, so noise levels aren’t too much of a concern for most users.

3U Chassis
There’s not a lot of difference between the noise levels of a 3U case compared to a 2U. 3U chassis still use 80mm fans and the same number of fans. The only difference may be that the CPU cooler could be slightly larger, which in turn means it could use a slower fan and slightly quieter operation. Some 3U chassis also support ATX PSUs, which are generally very quiet.

4U Chassis
This is the quietest case you can get. A 4U chassis is almost the same as a PC Case but made out of much higher quality steel and has other features not found in a PC Case. 4U chassis can usually use larger 120mm fans, typically found at the front and then up to 2x 80mm fans at the rear. Due to the huge amount of space inside a 4U case you could easily install a large, quiet cooler too. If you’re looking for a quiet case a 4U chassis is the best option. 4U chassis are also our most popular as they are the lowest cost, plus also are compatible with more components, such as graphics card and standard PC parts.

If you need help choosing the right chassis and aren’t too sure what is best for your environment please get in touch and one of our solution specialists would be happy to help.﻿ 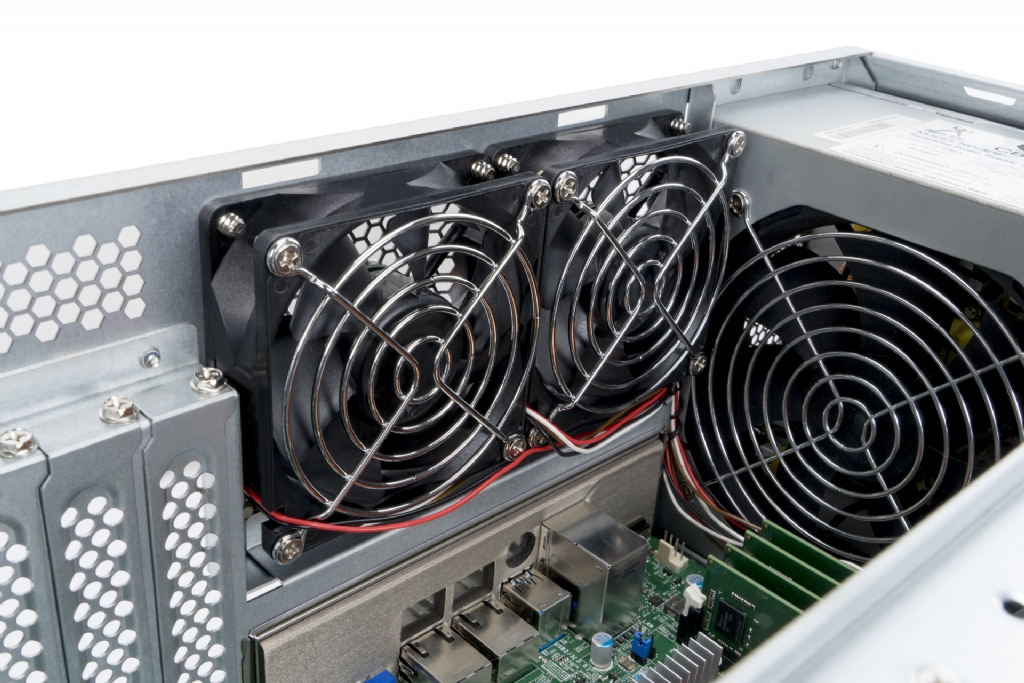