Tech Help - Which chassis have the best airflow?

If you’re looking for a chassis with the best airflow, we would suggest a 4U Rackmount. This is due to the very large internal area for air movement but also as you can use large 120mm high airflow fans to move a large volume of air.

Most 4U chassis have the same airflow – We do specific models such as the Logic Case SC-416A which has 2x front mounted 120mm fans as well as a middle fan wall, which can support up to 4x 120mm fans too. There are also 2x 80mm fans at the rear to pull the hot air out.

4U chassis are ideal for GPUs that need a lot of cooling, so ideal for Quadro, RTX and GTX cards. A 4U chassis is also tall enough to accommodate even the largest of GPUs.

Some of our 4U models, such as the Logic Case SC-4450SG also accepts either one or two 120mm radiator water cooling kits – Making it ideal for a single or dual CPU overclocked system in a simple rackmount case.

However, sometimes the height isn’t everything – You can get a similar airflow from a 1U chassis for example, however as it’s a quarter the height of a 4U case you are much more limited to the CPU as there are not many high performance 1U coolers on the market. You will also be limited to usually a single (or no) add-on GPU.

﻿Sure not a problem – Our team are here to help recommend the right solution for you. Please get in touch here; https://www.servercase.co.uk/contact-us/﻿ 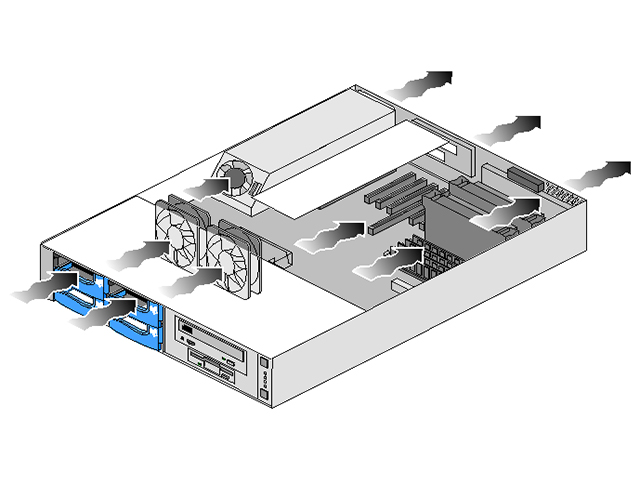