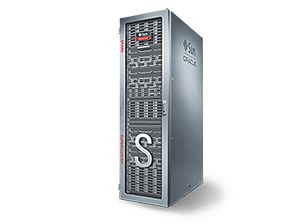 It seems that turning in a less-than-stellar quarter ending its fiscal 2013 year inspired Oracle to make as many announcements as possible in the hope of some positive press. Earlier this week was all about Big Red's cloudy partnerships with Microsoft, Salesforce.com, and NetSuite, and now it's the SuperCluster T5-8.