Hurry, only 1 left in stock

Great news, we have 1 of this product in stock. Available for next working day delivery.

Want it delivered by 31st May 2022? Order within 2 Hours and 48 minutes and get it delivered the next working day as standard.
Share this product
Looking for Compatible Products?

* FREE Delivery on all orders over £100.00 to UK Mainland Only. Normal shipping charges apply outside UK Mainland. 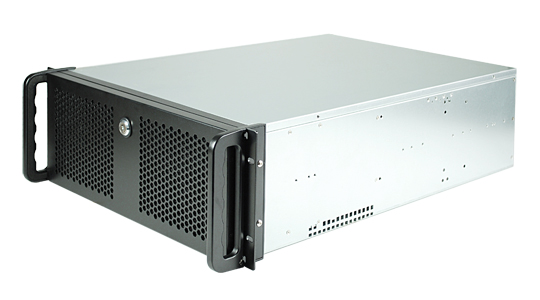 12x 2.5" Drive Bays in 1U, the Highest Capacity Storage on the Market
RS700A-E9-RS12 fits up to 12 2.5-inch storage drives in a compact 1U form factor. With support for multiple drive configurations, including eight NVMe and four SATA drives, four NVMe and eight SATA drives, or four NVME and eight SAS drives with an optional ASUS PIKE II card, RS700A-E9-RS12 provides storage flexibility for a wide range of applications.

Flexible Storage with Dual M.2
Dual M.2 slots supports either SATA 6Gb/s or PCIe 3.0 x4 with 32Gb/s bandwidth to enable fast data transfers. The OS can be installed on an M.2 SSD, speeding up system load times and eliminating the need to use one of the 2.5-inch storage drive bays.

Release the Power of Brand New AMD EPYC™ Processor
RS700A-E9-RS12 is built on the brand-new AMD EPYC™ platform to deliver incredible server performance. With up to 32 cores per CPU and up to 128 threads in a single 1U server, RS700A-E9-RS12 packs incredible power in minimal space. 32 DIMM slots provide best-in-class memory capacity and bandwidth, and an integrated I/O controller on the processor eliminates the data transfer bottlenecks caused by discrete I/O chipsets for reduced latency and dramatically faster system performance.

Best-In-Class Memory Bandwidth and Capacity
RS700A-E9-RS12 supports up to 32 DDR4-2666 DIMMs for up to 4TB of RAM. An integrated I/O controller on the processor eliminates the data transfer bottlenecks caused by discrete I/O chipsets for reduced latency and dramatically faster system performance.

The embedded ASMB9-iKVM module supports remote BIOS updates, fans control, standalone KVM, video recording, and BSOD capture, providing around-the-clock remote monitoring and diagnostics — even if the operating system is down or offline — through a user-friendly, web-based graphical interface that works with all major browsers.